As most readers will know, the Duchess of Sussex (aka Megan Markle) has been suing the publisher of the Mail on Sunday and Mail Online in relation to excerpts of a letter the Duchess sent to her father. The letter was billed by the Mail on Sunday as "the letter showing true tragedy of Meghan's rift with a father she says has 'broken her heart into a million pieces'".

The Duchess sued for misuse of her private information, unlawful processing of her personal data and copyright infringement.

Bringing the claim to an early end

The Duchess made an application to strike out part of the defence and/or for summary judgment on the private information and copyright claims. The data claim was a bolt-on, did not add much and the Mail had a better defence.

Readers who are involved in litigation will be familiar with applications to strike out or receive summary judgment on cases. For those of you unfamiliar, these are essentially used to bring a claim (or a part of a claim) to an end early and without a trial. A statement of case (which could be filed by either the claimant or the defendant, or in some cases other parties) can be struck out, in part or in full, if it discloses no real grounds for bringing or defending the claim. Summary judgment can be granted when the party has no real prospect of succeeding and there is no compelling reason for the case to proceed to trial. Where cases are fought very hard, it can save a great deal of cost.

This case is a good candidate for saving costs as the Duchess instructed 4 barristers, two of which are highly experienced QCs in their respective fields, and the Mail, not to be outdone, instructed 5 barristers, including two similarly experienced QCs. Add in the costs for the solicitors, and this has a good shout for being one of the most expensive Teams calls of 2021. I have it on good authority that none of the lawyers appeared as a cat.

Assessing whether a publication represents a misuse of private information involves first asking whether the claimant had a reasonable expectation of privacy, and second whether that expectation is outweighed by another factor. Usually in cases such as this, it is the right to free expression and public interest in receiving the information.

The judge (Warby J, who is soon to be elevated to the Court of Appeal) found that it would be "fanciful" to think the Duchess would not win at trial.

The judge went on to find that the other factors did not outweigh that expectation of privacy. In particular, the curiosity of the public is insufficient, and the articles went far beyond anything required to 'correct the record'.

The judge granted summary judgment. He decided not to strike out parts of the defence as it would be complicated and no useful purpose would be served.

The Duchess claimed that the letter to her father (and a draft she had created on her phone) were original literary works, and that her rights in those works had been infringed by the Mail's publication of them.

The Mail argued that the handwritten letter was not original because it had been transcribed from the draft on her phone. There is something to that point, so the Duchess relied on the draft for the purposes of the application.

The judge recounted the Mail's defence on this in detail but was clearly unpersuaded. The bulk of the Mail's argument on this point seemed to be that the letter was an "admonishment" and largely recounted history and facts, and that as such was not original. The bar is not that high, and the judge found for the Duchess. The judge also found that the articles had taken a substantial part of the letter, both quantitatively and qualitatively (although the latter is the relevant test).

The judge then turned to the Mail's defence of fair dealing for the purposes of reporting current events. While the judge did accept that the report of one paragraph of the letter could be protected by the news reporting defence, bearing in mind the findings of misuse of private information and the extensive copying, the court found the reproduction infringed the Duchess's copyright.

The Mail relied on a rarely invoked copyright provision, namely s.173 of the Copyright Designs and Patents Act 1988. That provision states that "Nothing in this Part affects any rule of law preventing or restricting the enforcement of copyright, on grounds of public interest or otherwise". This is probably the most interesting point about this case from an intellectual property perspective as the Mail was essentially trying to carve out a public interest defence for publishers. This may have been the real prize the Mail was seeking, but the judge was not persuaded.

Finally, the judge found that the Mail's case on ownership of the copyright in the letter (it had challenged whether the Duchess really owned it) seemed "to occupy the shadowland between improbability and unreality", but decided there was enough in it to allow that issue to go to trial. While it may, it seems improbable given the other findings.

So for all intents and purposes, the Duchess has won. She has followed in her father in law's footsteps some 15 years earlier in suing the same publisher for publishing private correspondence. That is probably the closest that their paths will come for some time.

The defendant's factual and legal case on this issue both seem to me to occupy the shadowland between improbability and unreality. The case is contingent, inferential and imprecise. It cannot be described as convincing, and seems improbable. It lacks any direct evidence to support it, and it is far from clear that any such evidence will become available. It is not possible to envisage a Court concluding that Mr Knauf's contribution to the work as a whole was more than modest. The suggestion that his contribution generated a separate copyright, as opposed to a joint one is, in my judgment at the very outer margins of what is realistic. 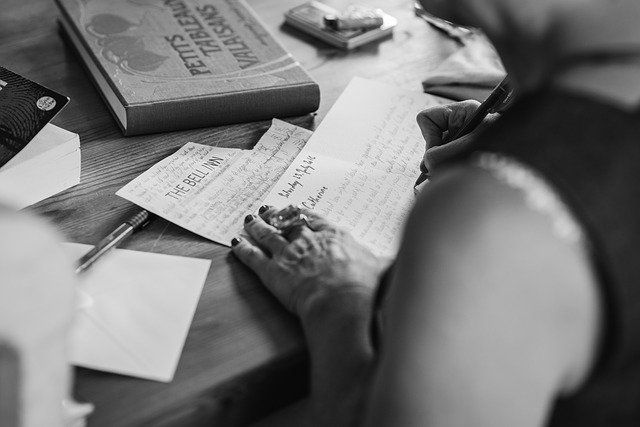 Can't we just get along? A webinar on co-existence agreements this Wednesday 30 September
Oliver Fairhurst
Recent posts from Lewis Silkin - Dispute Resolution

The Claimants are coming - Does £600m BT class action mark the beginning of the flood?
Benjamin Smith
repost  cancel