A number of significant global events over the past few years have impacted contractual performance in commercial supply chains – the coronavirus pandemic (and ‘pingdemic’), a microchip shortage, and most recently sanctions on Russia and the war in Ukraine – so the issue of force majeure has become an increasingly hot topic.

The High Court recently considered how far an innocent party is required to go in performing a contractual obligation to take reasonable endeavours to avoid the relevant force majeure event (in this case, the application of sanctions). Must the innocent party agree to vary the terms of the contract, or agree to a non-contractual performance to meet a “reasonable endeavours” obligation?

As those who know the ropes will be aware, force majeure clauses may entitle a contracting party to terminate a contract, avoid liability for breaching obligations under the contract, or delay performance of contractual obligations on the occurrence of specified events which are beyond their control (where they are not the cause of the event).

It is common to find express “reasonable endeavours” provisos in commercial agreements which place a requirement on an innocent party to exercise reasonable endeavours to overcome a force majeure event.  An equivalent obligation may be implied by common law.

In this recent case (MUR Shipping BV v RTI Ltd [2022] EWHC 467 (Comm)), a shipping company based in the Netherlands (MUR Shipping BV (“MUR”)) contracted to ship large quantities of bauxite each month for a charterer.

In April 2018, the US rocked the bauxite boat by sanctioning Oleg Deripaska and a number of the companies he controlled, including the charterer’s parent company.

Shortly afterwards, MUR sent a force majeure notice to the charterer, saying that continuing to perform the contract would breach the sanctions and that the sanctions prevented payment in US dollars (as contractually required).

Unperturbed by the charterer’s protestations, MUR battened down the hatches and suspended shipping for a short time, relying on force majeure.

Arbitration: a shot across the bows

The charterer brought an arbitration claim against MUR for additional costs it incurred to charter ships from elsewhere during the suspension period.

The tribunal agreed with MUR’s case on force majeure except for one point – it found that MUR had failed to comply with the contractual obligation to use “reasonable endeavours” to overcome the force majeure event. That obligation, the tribunal said, required MUR to accept a proposal the charterer had made to pay in Euros, rather than US dollars.  The charterer was awarded a total damages award of over US $2m.

MUR appealed to the High Court under s. 69 Arbitration Act 1996 on a question of law: did the “reasonable endeavours” proviso in the force majeure clause extend to MUR having to accept payment in (non-contractual) Euros instead of (contractual) US dollars?

The High Court concluded “no” – there is no authority that a reasonable endeavours obligation requires an innocent party to agree to vary the terms of the contract, or agree to non-contractual performance.  MUR was not required to sacrifice its contractual right to payment in US dollars, and with it its right to rely upon the force majeure clause.

However, the judgment is being appealed so this particular game of battleships may not be over just yet.

What should you do if you’ve been left high and dry by a party who fails to deliver services you have contracted for, claiming that there has been a force majeure event? Or if you’re a service provider all at sea and wishing to terminate a commercial contract, or delay performance, because of an event outside your control?

In both cases, start with a review of the relevant commercial contract.  If a party is seeking to rely on force majeure wording, the precise wording of the clause is critical:

Force majeure is rarely straightforward. Even where the contract does contain a force majeure clause, it is still uncertain as to whether a party will be able to rely on it. Always obtain legal advice if you find yourself in choppy waters – either before declaring force majeure, or after receiving a force majeure notice from a counterparty.

Having considered the case-law in this area, I am ultimately persuaded that the exercise of reasonable endeavours did not require the Owners to sacrifice their contractual right to payment in US$, and with it their right to rely upon the force majeure clause. 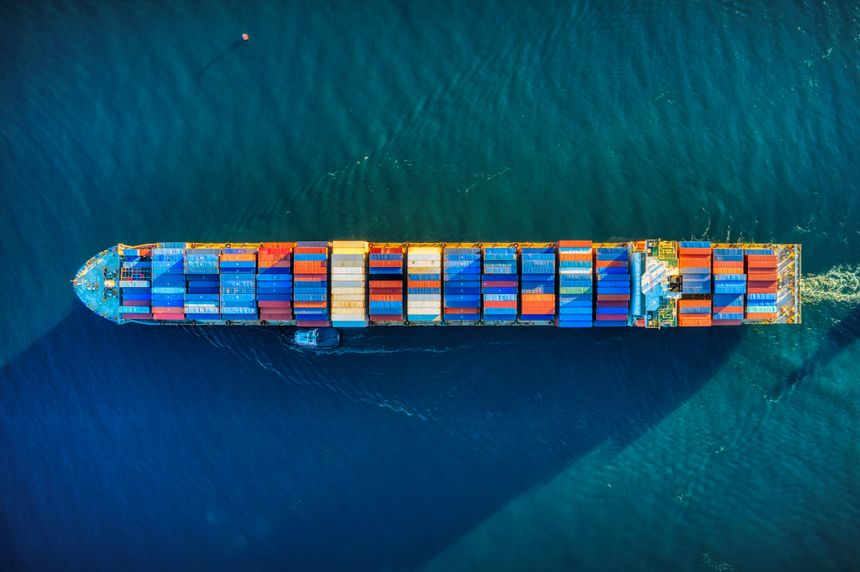