For the last two weeks, many of us have been watching events unfold at the COP26 UN Climate Change Conference. Each day seemed to bring a mixed bag of news, some positive and some disappointing.

The scale of the challenge is of course immense and, frankly, it’s a shared burden. So, what then is the role of business and directors of UK companies in particular: do these individuals face personal responsibility for environmental matters in their general dealings?

In England, directors have a statutory duty to act in the way they consider, in good faith, would be most likely to promote the success of the company for the benefit of its members as a whole under s172 of the Companies Act 2006.

In doing so, directors are expressly required to have regard (amongst a series of other factors), to “the impact of the company’s operations on the community and the environment” (s172(1)(d)). So there is already a duty in statute, which directors have been required to meet since October 2007 when the provision came into force.

In a 2019 speech Lord Sales remarked that the drafting of s172 is open-textured. In other words, the language is open and, in a sense, undefined. This leaves the way open for courts to develop the position when assessing director conduct and allegations of insufficient account having been taken of environmental issues.

A fair question is quite how much emphasis is to be placed on this particular factor. The explanatory notes to s172 state that in having regard to the environment (and other factors), the duty to exercise reasonable care, skill and diligence (s174) applies and “it will not be sufficient to pay lip service to the factors, and, in many cases the directors will need to take action to comply with this aspect of the duty” – in other words, something pro-active is required to discharge the duty.

Who will enforce the duty?

These are duties owed to the company (not to shareholders, or others). That informs the basis on which the duty is to be enforced: it will be for the company itself to bring a director to account in the event that she or he fails meet the appropriate standard.

Shareholders looking to challenge director conduct will either need to have control of the board (and therefore the company) or bring a derivative action, so that they can proceed in the name of the company. The latter course requires the court’s blessing and can be a cumbersome and expensive process.

In practice, as long as directors have control, a company is unlikely to challenge their actions. A claim may only be considered following a change of control. That might be in the form of a fresh board, after a share sale. Another obvious route is where a company enters an insolvent process and an office holder (viz. liquidator or administrator) looks back at director conduct. Office holders will assess past conduct and will, in appropriate circumstances, seek to monetise claims a company has against its directors, past and present.

A particular challenge is the requirement to show that an alleged breach caused the specific loss in question. That might be tricky if the company is insolvent and a multitude of factors conspired to bring about the company’s downfall.

Directors may also justify particular decisions on the basis that whilst they “had regard” to environmental issues, a particular course of action was pursued based on other factors. The duty under s172 calls for a range of factors to be considered as part of so-called enlightened shareholder value. By its nature this requires a director to carry out a balancing exercise and gives room to justify actions which might be harmful to the environment. Directors may also rely on the statutory defence that they should be excused from liability on the basis that in carrying out the balancing exercise they acted honestly and reasonably.

Financial incentives and penalties are likely to align more with “green” behaviours. So, where companies incur liability for fines, it may be relatively easy to show a breach of duty based on the director(s) having inadequate regard to environmental considerations. Perhaps more nuanced might be a failure to adjust company strategy and behaviours and realise available tax savings or incentives. Yet this might well be actionable.

With the increased emphasis on the environment and more regulation, perhaps it’s really just a matter of time before we start to see claims arising under the general duty, with directors held to account for a failure to have proper regard to environmental issues under s172(1)(d). Certainly an area to keep in mind.

"Collectively, we have acknowledged that a gulf remains between short term targets, and what is needed to meet the Paris temperature goal…it emphasises the urgent need to accelerate our efforts to turn targets into action to keep 1.5 within reach". 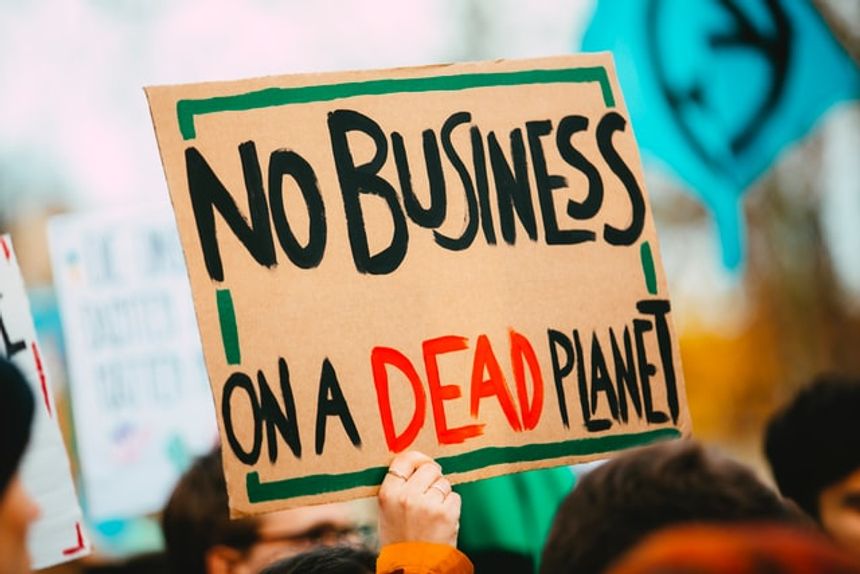