In one of the first cases of its kind, the High Court has dismissed an application to bring a claim for breach of duty against directors who, it was said, had failed to create a credible plan for disinvestment from fossil fuels.

In November last year I wrote about the statutory obligation on directors to have regard to the environment under s172(1)(d) of the Companies Act 2006. Because the duties are owed to the company, it is for the company to bring a director to account if s/he fails meet the appropriate standard.  Shareholders have no direct right: they either need to have control of the board (and therefore the company) or must seek permission to bring a derivative action (and proceed in the name of the company). The latter course requires the court’s blessing.

The climate claim against USSL

USSL is a company limited by guarantee. It does not have its own shareholders. This meant the claimants were a step removed from USSL and its directors. As a so-called multiple-derivative claim, the application for permission was to be assessed by common law rules.

Of particular interest was the fourth claim that, in breach of duty, USSL's directors had continued to cause the Scheme to invest in fossil fuels, without an immediate plan for disinvestment contrary to the company’s long-term interests. It was also alleged that this prejudiced (and would continue to prejudice) the interests and success of the company, which had suffered loss (and would continue to) in consequence.

The claimants' evidence indicated that the Scheme held £0.5bn of investments in Russia with a significant fraction of this in Russian fossil fuel companies. This exposure was said to exemplify risk and cost associated with investment in fossil fuels. In contrast the company’s evidence was that its ambition to be net zero for greenhouse gas emissions by not later than 2050, through stewardship (rather than immediate disinvestment), was in the financial interest of the Scheme and, by extension, its members.

The court’s refusal to grant permission

The High Court dismissed the application for permission. The court’s reasons included findings that:

Where are we now?

When I first wrote about this issue, I reflected on an extra-judicial speech Lord Sales had given back in 2019. His Lordship had noted that that the drafting of s172 was open-textured so, in a sense, undefined. This left the way open for courts to develop the position when assessing director conduct and allegations of insufficient account having been taken of environmental issues.

Does the decision in USSL show an unwillingness to develop the position? I would say not. To the contrary it shows a clear willingness by claimants to challenge director conduct on environmental matters by reference to statutory duties. More claims will follow.

Here the permission application failed on the facts. The case was premised on the basis that the company had suffered a financial loss by holding investments in fossil fuels. However, the claimants had not alleged that they themselves had suffered any financial loss as a consequence of the alleged breaches of duty. That in itself was fatal to their standing to bring the derivative claim.

Claimants like those in USSL will tend to find establishing a breach of duty, and a loss flowing from that breach, difficult hurdles to overcome. As regards the former, directors may justify decisions on the basis that whilst they “had regard” to environmental issues, a particular course of action was nevertheless pursued based on other factors.

As ever, each case will turn on its facts. Even though the court refused permission for the derivative action to proceed in this case, one can certainly expect more claims framed along similar lines under s172(1)(d). These claims (and even the very threat of them) serve to focus the attention of investment committees. That in itself well be taken as a level of success by many.

...the Company has complied with Regulation 4 in exercising its discretion to continue its investment in fossil fuel companies... the Company has taken legal advice, conducted a survey of members, adopted an ambition of Net Zero by 2050 and policies for working with the companies in which it invests in the meantime. The Claimants may disagree with this ambition and these policies but in my judgment they were well within the discretion of the Company in exercising its powers of investment. 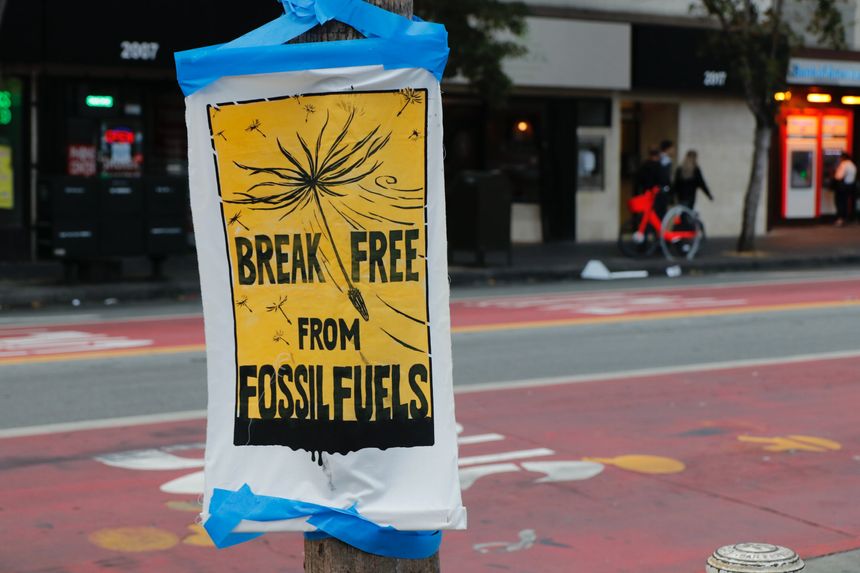